I'm a long time user of Pi-hole and Nest WiFi. If you use these products too you probably know that you need to use Pi-hole as your DHCP server to break out the list of clients. Last week, I did exactly this because I wanted to know more about the behavior of the devices on my network. Almost immediately I noticed something awry. 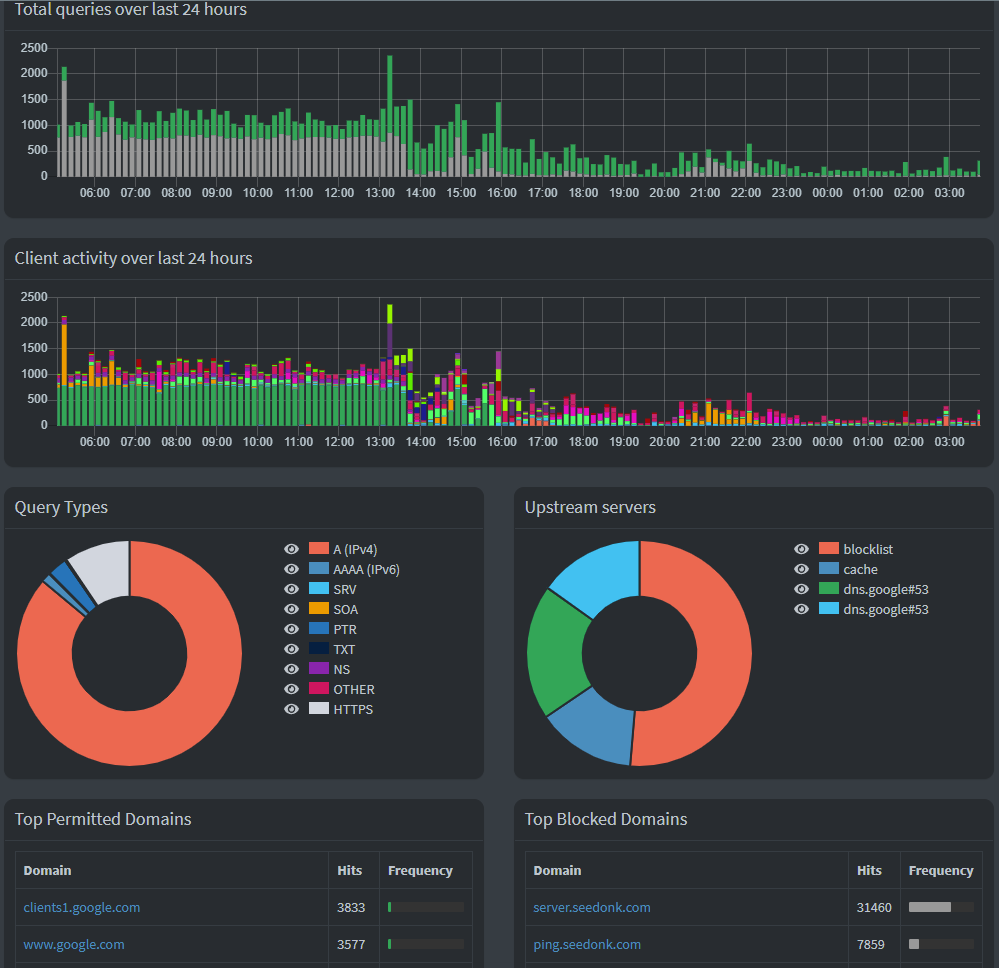 In the chart above you'll see a nice grey bar at the bottom of the bar chart in the first half of data. This grey bar represents DNS lookup requests every 1 or 2 seconds to two websites: ping.seedonk.com and server.seedonk.com. Googling these resulted in finding out it's an endpoint for streaming video cameras. This, of course, set off some alarm bells but I knew it must be a device that I know about otherwise it would not be able to connect to the WiFi. I looked up the IP address in Pi-hole and in my Nest WiFi to see what it identified itself as but there was no information other than the MAC address and that it uses a chip from AMPAK Technology, Inc.. Nothing came to my mind as far as what it could be. My next steps were to systematically turn off the electricity to each room one-by-one until the device went offline.

Eventually, I came to realize that Nest WiFi is slow to update the list of connected devices which helped me narrow it down to a new garage door opener with integrated camera. The camera model is a GDOCAM1 produced by Chamberlain and uses the MyQ App to stream video. Once I realized this, I just closed the camera back into the unit and it turned itself off. Now my network is far quieter.

For what it's worth, I also have a Nest Hello doorbell that is always on and it isn't constantly issuing a DNS lookup for its endpoints. So it isn't as "noisy" as this camera. I hope that Chamberlain will issue a firmware update to fix this issue. At the very least it should only need to cache the DNS for a short amount of time.